Mariana Nelson was born and raised in Newport Beach, California. She moved to San Francisco in her early 20’s and became involved in a thriving and inspired art community where she found her focus on reusing existing materials.

She began wrapping discarded materials found at reuse centers and also from the street. Using an age old Japanese wrapping technique called Temari, she soon developed a pattern that was unique to her alone. Anything from lint, dog hair and found plastic was wrapped with bright and colorful fiber, transforming trash into treasure.

As Mariana’s collection of small Temari grew, she began to find ways of assembling them together to create large pieces. Her current body of work involves using hundreds of wrapped forms to create one unified piece. Some of her work explores the idea of dark matter, while other compositions focus mostly on color and shape. She is also using a large collection of  plastic coffee cup lids, melting them into flower like sculptures.

Here is Mariana preparing her Temari piece featured in the S.C.R.A.P show. 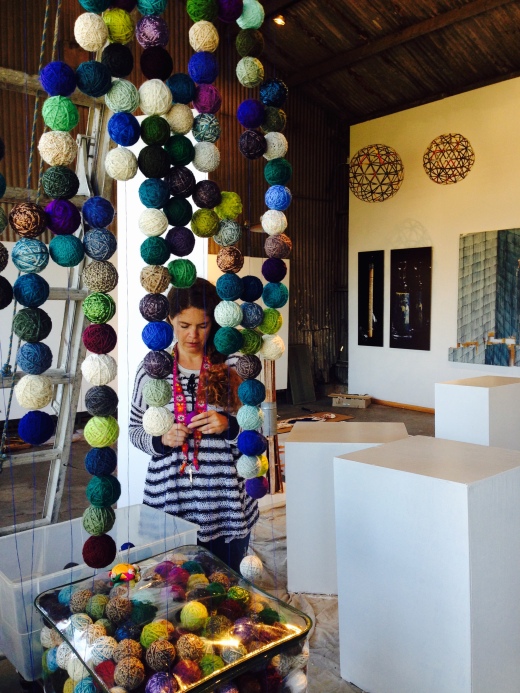